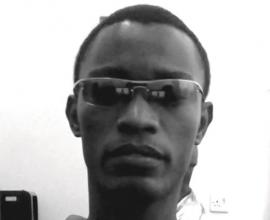 As part of its project in Guyana, the Equal Rights Trust uncovered widespread evidence of direct and indirect discrimination against people with disabilities, in both law and policy, as well as a multitude of practical barriers to their equal participation in society. In June 2012, we spoke with Leroy Phillips, a broadcaster and Public Relations Officer for Guyana’s blind cricket team, who told us about his childhood and experiences in daily life living with visual impairment.

When I was seven years old my teacher threw the chalkboard eraser at me and shortly after that incident I lost my sight. I grew up in a big household where I was discriminated against by my aunts and uncle when I did things that displeased them. They would call me names like “blind man” and “blind fool”. I would cry in the corner and felt emotional damage. This went on for a number of years. Like everyone else, I attended school full time, but I did not receive the additional support needed in order for me to get the education that I should have had. I experienced a lot of discrimination which I didn’t notice at the time because I didn’t have enough knowledge about it. It is only recently that I learned that I was discriminated against by my primary and secondary school friends. There were times when other students would knock me down and I would rely on teachers to lend a hand to me and put me back on the right path. I thought it was normal, just what everyone went through when walking down the corridor at school.

Only one or two of my tests were in Braille. I did the majority of my exams with a scribe and a reader. I didn’t have much exposure to Braille in primary school. I spent four years in primary school and I wasted a lot of time there. I didn’t know what was happening or what was expected of me because I was a blind person in a class where all the other students had their sight. So I just went through the motions. I did not receive as much attention as the other students in the class. I was also punished severely, maybe more so than the other students. I can recall being beaten by my primary school teacher with a thick piece of wood for six lashes.

The lack of adequate teaching in Braille continued when I was in secondary school. The school had a lot of blind students but the teachers weren’t qualified to teach us. It was difficult to access books because other students would pretend to be using them and as a result I could never get work done as the other students did. The teachers never thought to let blind children have their notes taken down on a tape recorder or put into Braille, or to have one of the teachers sit down with us to pass us the information, so that we could be taught at the same level as everyone else in the class. As a result, a lot of time was wasted.

The resources spent in educating a child with disabilities could have been harnessed to achieve better results. I look back and I can’t help but think that I could have achieved so much more because so much money was being spent on me. But the quality wasn’t there. A lot needs to be done for the blind and for other persons with disabilities so they can enjoy the same rights and education as anyone else. If this situation continues without any improvements, it will be terrible for persons with disabilities and they will have little chance of finding a job.

I have managed to acquire a job through luck. The National Communication Network Inc. started a broadcaster training program in May 2011. I visited the National Commission on Disability and then a volunteer from the UK called and asked me if I would be interested in broadcasting. I got into the business and learned a lot, but even there, information wasn’t very accessible to me, so I had to fend for myself. They never recorded audio versions of information, even though there was a recording studio at their disposal. They kept giving me papers. I would be sitting there for 20 minutes or half an hour just not speaking, trying to meditate about what is being said. I had to strain to come up with a minute promo because I couldn’t read it from a script. In spite of this, I like being on the radio, being heard, sharing my experience, and learning more about broadcasting.

I feel that I can generally participate equally in other areas of life. I have played blind cricket since 2006 and I act as the Public Relations Officer. I am able to speak publicly through media and television. If my teammates go to parties, I will go with them. However, my parents don’t take me to places. They say “what would be the point, you aren’t going to see anything anyway”. So I stay at home instead. This makes me distraught and sad, although I try to ignore the fact that I am hurt. A blind person might not be able to see anything but they can still go and enjoy the atmosphere.