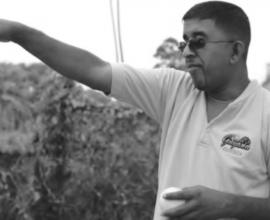 As part of its project in Guyana, the Equal Rights Trust uncovered widespread evidence of direct and indirect discrimination against people with disabilities, in both law and policy, as well as a multitude of practical barriers to their equal participation in society. In June 2012, we spoke with Ganesh Singh, a Commissioner at the National Commission on Disability, who reflected on his own experiences and identified the multiple barriers to equality for other persons within the visually impaired community in Guyana.

I acquired my blindness when I was seventeen. I would consider myself somewhat fortunate because I had opportunities in school. However, due to a lack of information and counselling, I was at home for five years as a blind person not knowing what to do or where to turn. There wasn’t anywhere I could go to until I became aware of cricket for the blind and this led to opportunities to be involved in a number of other things.

I have tried to register at the University of Guyana, where blind students have previously attended, but I have had some difficulties and will apply again. There is no major discrimination there on that level. I have not experienced any issues with accessibility or with transportation.

My personal experience is unique because my family is very supportive and I am an assertive person. However, this is not representative of everyone else’s experience and does not reflect the general situation in Guyana. I can get things done but other persons with disabilities cannot always get the same things done.

The general situation of people living with disabilities here is bleak because many persons with disabilities cannot enjoy the rights that are inherent to them as human beings, and are enshrined in the Constitution of Guyana. For instance, the policy is that education is free for all and that everyone ought to have access to education, but no considerations or special needs facilities have been put in place in order to foster education for persons with disabilities. Children who are blind or deaf are able to attend school but due to the lack of adequate support systems, such as having an interpreter or Braille, are prevented from actually getting an education. In Guyana, there are currently two schools for the blind with approximately 35 blind children between them. This number reflects a small minority of the blind children actually present in Guyana, and can be attributed to the lack of access to education for the majority of blind children.

Schools for persons with disabilities are not readily available location-wise and the expensive cost of transportation makes it difficult for families to send their children with disabilities to school, because most families are affected by poverty.

There is widespread discrimination against persons with disabilities. The discrimination is not always intentional and can be attributed to a lack of knowledge, sensitivity and unwillingness on the part of policy-makers to make a change. There are a number of cases where families keep their children at home because dealing with disabilities is a difficult task which requires special attention and knowledge. Since there is no readily available access to proper counselling and rehabilitation, the family has little or no knowledge of how to manage the situation or the opportunities that may be open to children with disabilities. As a result, the child is simply kept at home with no access to education or any other opportunities. This problem is widespread across Guyana.

In relation to access to infrastructure and buildings, there are few facilities or support systems in place to provide for the needs of persons with disabilities. Access to buildings via ramps and rails is a fairly new concept in Guyana. There are very few buildings which have a built-in ramp according to proper specifications able to cater for the needs of persons with disabilities. During periods of flooding, the pavements around Georgetown are a nightmare as they have been washed away. Walking as a blind person or someone in a wheelchair is dangerous because they don’t know when the pavement is going to drop off. They have to use the roads instead, where there are a number of manholes which are not covered. There are numerous stories about people walking into them. This is a reflection of the infrastructure in Guyana.

Guyana does not have a state operated transportation system, so persons with disabilities are at the mercy of the privately-operated minibus and taxi operators. They are always in a rush and picking up someone in a wheelchair will take time, and they don’t want that. They complain that the wheelchair will scratch the bus or that it takes too long to load it on the bus. Every day you hear stories about companies doing things like this. There are a few that are willing and accommodating, but the majority are not.

With regard to technology, one good thing is that the government of Guyana has a “one laptop per family” programme. When they launched the project, they did not have a registration form or anything like that. I persuaded them to include persons with disabilities as a category that should be given special priority. The government should be commended for this. I have trained blind persons who have received laptops with the screen-reading software, and the government has also given them headphones and external USB keyboards that make it more user-friendly. They have also subsidised transportation costs for these persons to go to the training. There are some positive things occurring in Guyana to the benefit of persons with disabilities but these are insufficient to deal with the widespread problems which prevent them from fully enjoying their rights. I think that the disability movement should take a share of the blame. If we were strong and unified in our approach, we could influence a lot of change.

The Persons with Disabilities Act 2010 reflects Guyana’s international obligations and the needs of the country but only to a limited extent. When compared with the Convention of the Rights of Persons with Disabilities (CRPD), there are clearly large gaps in the Act. In some areas such as education and accessibility, the Act is in line with the CRPD. However, in a lot of other areas there is very little if any alignment between the Act and the CRPD. It is good that Guyana has a Disability Act that requires that the services that a person with disabilities should have must be made available.

The disability movement can see that there is an effort. However, now that we have the Act we must work for the development of policies in the various ministries. That is a nightmare because after two years the government is nowhere near implementing the policies and there are no timelines or penalties if they do not. We are at the mercy of the ministries as we cannot force them but rather have to wait for them to act. Guyana signed the CRPD but has not ratified it yet. The authorities do not see the need for ratification if we have a local instrument. Signing and ratifying is just a formality unless you sign and ratify the optional protocol, which gives the international treaty more teeth – otherwise it is just a piece of paper. Furthermore, even if the government signed the optional protocol, they could back out at anytime, if they thought that they might get into trouble because of discrimination or the violation of rights.

As well as implementing the Act, we need to amend it to make it more comprehensive and provide a much stronger legal framework to protect the rights of persons with disabilities. For example, there have been numerous cases recently reported about the rape and sexual abuse of persons with intellectual disabilities. When persons with disabilities report a crime, the law enforcement officers do not address the issue seriously. They make a mockery of them and laugh, and that is the end of the case. There are numerous examples such as an individual who was raped who went to the station to make a report and nothing was done and a young lady whose brother repeatedly physically abused her and the police did nothing about it. We have a lot of work to do in Guyana to implement the Disability Act and remove discrimination.