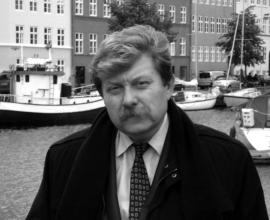 As part of its project in Belarus, the Equal Rights Trust discovered widespread discrimination against political opponents of the Belarusian regime, and in particular that as a result of their political opinions, political and social activists are exposed to disadvantages when participating in employment and education. In January 2014 we spoke with Andrey Leonidovich Zawadski whose views are, in one way or the other, not in line with those of the Belarusian regime.

I am 52 years old. I was born and grew up in Minsk. I originally trained as an engineer and later, in 2001, graduated in law. I have also been involved in politics for many years. Since 1993, I have been an active member of a civic organisation named in honour of one of the most prominent Belarusian figures, Lev Sapieha, whose main aims are to restore traditions, promote democratic principles, develop local self-government and support local initiatives.

On 1 September 2003 I became a teacher of several subjects including Administrative Law, Constitutional Law, Municipal Law, and the History of the State and Law at a university. On 1 October 2008, under a fixed-term contract, I obtained the position of Associate Professor of Theory and History of Law. The content of my teaching focused on the juridical aspects of my country’s situation. I tried to present objectively a critical view of the current situation in the country with the aim that my students could understand laws as they should be implemented in practice.

On 1 September 2011, I was dismissed from my teaching position in the university, so my teaching career came to an end. I am convinced that my political beliefs were the reason for my dismissal. In May-June 2011, members of national security and the president’s administration came to the university for an inspection visit. The decision to dismiss me was made by the end of July and was made in complete silence. I then was notified of the non-renewal of my contract.

The university has obligations towards dismissed employees. I should have been invited by the commission to a meeting when the decision to not renew my contract was made, and I should have been given reasons for my dismissal. This did not happen – the proper procedure was not followed. I suspect that the national security and the president’s representatives advised, during their visit, on what type of people should be teachers and what should not. I suspect they were not happy with me teaching, on account of my political beliefs, and told the university to dismiss me. I can think of no other explanation.

Throughout my teaching career, I never received any complaints, I was an honorary associate professor and, in the university ratings, I was the top rated among the students. Furthermore, another senior lecturer who was a member of a religious organisation that was not popular with the government was dismissed as well. I am grateful for the support of my colleagues and my students who collected a total of 300 signatures protesting my dismissal. Further, my Faculty expressed surprise at the university’s administrative decision in a written statement in August 2011, unanimously recommending that the administration reconsider its decision and renew my contract. This did not happen.

The situation is difficult in Belarus. Even though organisations are by nature far from being political, if they express an opinion different from that of the official authorities, they are considered to be political opposition bodies. This was the case with me, as I am a member of a cultural organisation and my colleague is a member of a religious organisation. The fact that I had expressed an opinion that did not coincide with the official view had resulted in me being labelled as someone who associates with the political opposition. In my view, there are many people in Belarus who are not afraid to express their political opinion. However, in practise, life is unpredictable for such people. Political activities are suppressed in Belarus. Presidential candidates in the previous election have been illegally detained, including for example Mikalaj Statkiević. Some organisations have been denied registration, resulting in the absence of organisations in some regions, and other organisations are given conditions which restrict their activities.

Although I know that it is difficult to make forecasts, the actions of my colleagues and I, in particular the preparation of a concept on the reform of local self-government, are for the sake of the future. I understand that change will not happen overnight. In Poland, for example, the concept of social reforms born in the mid-1960s was only brought to life 15-20 years later. I think that we must be ready for gradual progress and we must understand that the changes will eventually come and when they do we must be ready to accept them. Otherwise, we will not be hoping for anything and when something changes we will not be ready for it, which would be worse. Even if I do not live to see the changes, I am sure that they will come and I want to help set the foundations for reform for this inevitable change.