The “Small Incidents”: Sexual Harassment in the Media - Testimony from Pakistan 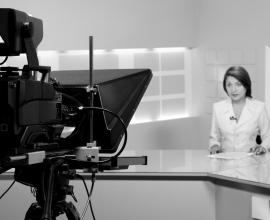 In 2014, Pakistan was the second lowest performing country in terms of gender equality in the World Economic Forum’s Global Gender Gap Report. Despite the passing of the Protection against Harassment of Women at the Workplace Act 2010 and the establishment of a Federal Ombudsman to handle complaints of sexual harassment in the workplace, sexual harassment remains prevalent. In addition, women struggle to rise to positions of leadership within the workplace and are concentrated in low-skilled and low-pay jobs. The Equal Rights Trust spoke with Shazia (not her real name) about her experiences of discrimination and sexual harassment working in the print media in Pakistan. Her story, and those of her colleagues, highlight the sexism and stereotypes that pervade the every-day working life of women in Pakistan.

There is a Pakistan in which women do not enjoy equal rights, where they are less than equal, where there is violence and even what we call honour killings. And then, I thought, there was the Pakistan I inhabited – where I was as good if not better than the men. Where my male colleagues didn’t think my gender mattered. And then one day, nearly two decades ago, the paper I worked at planned a story on sexual harassment.

Overnight, an integrated team of friends and colleagues fell apart on the basis of gender. For the women on the team, it was a genuine issue that had not been discussed and highlighted, but for the men it was an issue that was best left in the personal realm. “It’s between the man and the woman”, was one remark in the stormy news office. By the time the story had been put together, the editor asked one of the women to write the editorial to go with it, arguing that, “as a man, he didn’t feel equipped to write on the issue”. Late at night, grappling with the deadline, the remark was ignored but not for long. A few weeks later, I asked if only women were equipped to write on sexual harassment, could only those with bona fide political credentials write an editorial defending democracy? The remark struck home. I didn’t realise then that this was a battle I would have to fight again and again.

A few years later, at a different organisation and a different job the editor asked me to do an editorial on rape, adding (as what he probably thought were encouraging words) that it was probably a topic close to my heart. I bit back the why and later wondered if the editorials on politics were written by my male colleagues because they had politics close to their hearts! This is what a friend and colleague called the “glass wall”. Women had entered the profession and risen to senior positions including that of editor. In fact, one paper, at one time, had women heading its offices in Lahore, Karachi and Islamabad. However, there were few women with extensive experience in the field of reporting, especially political reporting. This was the “glass wall” which women in Pakistan had to contend with before news channels entered the media and women reporters and anchors smashed it to smithereens.

Even then, the battles continued at all levels. From the lack of bathrooms for women at newly established channels to harassment to issues of equal pay – we have experienced it all in Pakistan.

A TV reporter recalled her first brush with sexual harassment as a junior reporter in early 2010, when she was part of a group of Pakistani journalists sent abroad for media training. “The first night during dinner, the chief reporter of our TV channel and another journalist asked if I was ‘up for some fun’ and wanted to hang out. Feeling queasy, I declined and went straight to my room. Around 11 in the night, I received a call. The chief reporter summoned me to his room to discuss a news package. When I refused, he threatened me with a show cause notice”.

Such stories are unending in Pakistan but the attitudes don’t appear to be changing despite the Protection Against Harassment of Women at the Workplace Act 2010, which mandates a code of ethics for every organisation. Colleagues still feel comfortable saying that it’s a personal matter if a male employer is rumoured to be involved with an employee. Harassment complaints continue to be ignored or dismissed rather than being taken seriously. All of this takes its toll on women in the field. Many suffer because they are not willing to pay the price being asked of them to get the more important assignment or the promotion.

Unfortunately, this is not where the discrimination ends. There are so many manifestations of the latent sexism that is prevalent in the media. So many young women are now hired by television channels to announce the topics and commercial breaks while men sit there and discuss politics. For me it is an example of the sexism that is a part of our society and our profession. Although I can understand if there are many who would argue that these are “smaller” issues in a society where women face a risk to life, there is a point to these small incidents. We must speak up about these incidents as it is our protest in a world where we are told to bear such injustices because many of our kind are facing domestic violence and brutal killings. Highlighting these small incidents is our way of saying that the fight for rights does not have to be linear. It is not the case that we must only raise issues of prejudice and unequal pay and glass walls once women are no longer being killed or beaten up. Why can’t we fight for all these issues at the same time? The right to education, the right to equal pay, and the right to marriage of choice? All at once, and all at the same time.

Years ago, at a journalism workshop, an African American journalist told an audience that he carried the “burden of his race on his shoulders all the time”. His words still echo in my head for as a woman journalist I too have realised that I carry the burden of my gender with me all the time. It is a different burden from that of many other women in my country but it is not irrelevant. I have not been stopped from working or faced the kind of sexual harassment some others have, but my gender has always been of concern to those around me. From the matter-of-fact fears expressed by potential employers that I would get married and quit work, to those colleagues who asked if I could cook or questioned my ability to do my job – the stories I can tell are many and varied. Men have even refused to report to me.

For most of our male counterparts, a woman colleague or a woman boss is hard to welcome. This is one reason most women will experience sexual harassment without having recourse to any protection. And for the few male colleagues who are more “gender sensitive”, so convinced are they of their open-mindedness that one still can’t point out any ingrained or unconscious sexism that crops up in daily life. It makes them uncomfortable and is seen simply as a sign of paranoia on the part of the woman. I have been told, for instance, not to overreact; an adjective that would never be used if a man were being addressed. But to point this out is seen as another overreaction. Nevertheless, I have learnt to point this out and not let anyone convince me that I am paranoid. I have also learnt – as Madeline Albright advised recently – to interrupt and to do so forcefully. Not just in relation to work but also gender and the latent sexism that we face so often. Until this conversation is seen as our right and men’s obligation, we will not be able to work towards a better environment in Pakistan.

There needs to be better understanding of what a diverse newsroom means and how it functions. For many men in our industry, women journalists can only be good when they get to think like men. While for the rights activists, a woman journalist needs to make it to the top only to improve reporting on women’s rights or maternal issues. Both of these views are simply caricatures of what our role should be. The African American journalist’s words that still echo in my head include a second lesson: “we don’t want women in senior positions to think like men; we already have the men; we need them to think differently”. But to expect that the different thinking will only result in better or more reporting on women’s issues is unfair. There is so much more to be achieved. Women have to bring different thinking to how the media reports war, politics, crime and everything else that is covered by the paper or the channel or the website.

Diversity cannot be limited to gender – so that those of us who make it to senior positions are seen to do so because they were “as good as” the boys. But neither should our achievements be measured only by what we should be doing as women activists. Women need to be present at every level and every position because 50% of the population deserves representation. And once they are there, they will bring change – to views, attitudes around us (this is evident in any newsroom over time that has women in greater numbers) and to the stories that get told. Diversity is limitless – if only everyone would try and understand that instead of trying to define and limit it.