An “Erased” Man from Slovenia 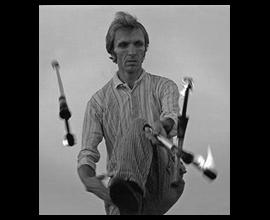 In 1992 at least 18,305 people were unlawfully removed from Slovenia’s registry of permanent residents. They were mainly people from other former Yugoslav republics who had been living in Slovenia and had not acquired citizenship after the country’s independence in 1991. They became foreigners or stateless persons and to date they are among the most disadvantaged and marginalised groups in the country and in the region.
In 2007 the Equal Rights Trust submitted a third party brief to the European Court of Human Rights in a case addressing the discrimination against “erased” persons in Slovenia. One of the eleven applicants in this case was Mr Velimir Dabeti who gave us his testimony.
I was born in Koper, in what was the Socialist Federal Republic of Yugoslavia, until the age of 20. I never had any doubts about my national identity: I was Velimir Dabetic, a Slovenian citizen. Now I am a non-citizen, a stateless person, and I have no rights because my legal identity was erased in 1992 together with that of 18,000 other people.
My parents came to live in Slovenia in the 1960s from Montenegro. In the summer of 1991, a neighbour told the police that my family was hiding some Chetniks in the house. One night the police broke into my brother’s flat. They tortured him and forced him to walk on his knees to our parents’ house, two kilometres away, holding a gun to his head. They forced their way into the house, shouting, “Where are the Chetniks?” My parents repeatedly told them they had never actually had contact with such people. The police officers realised they may have made a mistake and left without any explanation.
I was living in Italy at the time and one day after the incident, my parents phoned me to say that the entire family had been removed from the official register of permanent residents. As a result, I became concerned that my Italian residence permit would be invalid after my Yugoslav passport expired. I returned to Slovenia, my home country, to reapply for Slovenian citizenship, but when I arrived I was told that I had no right to Slovenian citizenship because there were no records of my past citizenship.
I could not believe what the woman from the registry explained to me. Although I was born in Slovenia, had gone to school there and considered my mother tongue Slovenian, I had no right to be a Slovenian citizen.
At that point, I made a decision to go back to Italy, I was young and naïve about the legal repercussions of my situation. I went back in order to live a normal life.
It was only in 2002, when I had to renew my work permit that I had to face the consequences of being deprived of my Slovenian identity. I could not renew my passport and I had no other valid ID. All of a sudden, I became an illegal immigrant with no rights. I lost everything and ended up on the street.
In many places I would be stopped by the police and taken to the police station, usually they would keep me there for about 12 hours. However, they could not decide where I should be expelled to as my own country denied that I was a citizen.
I now live in Pesaro where everyone knows me and my story. But initially I used to spend 12 hours or more at the police station every week! No one knew anything g about the 18,000 people from Slovenia who had been ‘erased’. I have decided to stay here, the people are nice and friendly. I met a family here who originally came from Rome who have helped me a lot, I also receive support from Città della Gioia (the City of Joy), a small charity that supports young people in need, they found me a room to rent for 200 Euros a month. I know this is not a permanent solution but I hope I can stay here for as long as possible. I live every day with the anxiety of ending up on the street again. Through work as a street performer I manage to earn 10 to 15 euros enough to buy some food.
I have lived half my life in Italy. I now feel Italian and speak Italian, but I do not have leave to remain. So who am I? Without any identity document I have no rights. My dog, my inseparable friend, has more rights than I go.
I could easily cross the border into Slovenia now that it is a member of the European Union. But should the Slovenian police stop me, they would take me to a detention centre for illegal aliens. How is this possible in democratic Europe? Why should I be treated as if I were a common criminal?
I hope that soon this situation will be resolved, for me personally, as well as everyone else in similar circumstance. I’m in contact with a network of people who deal with the “erased”. There are many who have helped me but little can be achieved without the full engagement of the EU and Slovenian government.