Myanmar must immediately bring an end to violence against Rohingya

The United Nations High Commissioner for Human Rights has called the ongoing military operation against the Rohingya in Myanmar a “textbook example” of ethnic cleansing. The Equal Rights Trust joins the UN and others urging the Government of Myanmar to bring an immediate end to all violence against the Rohingya in Rakhine State and to allow access to the region for humanitarian agencies and to the media and independent organisations seeking to document the situation there. 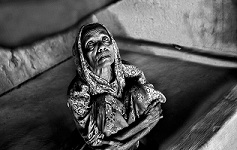 As has now been widely reported, following attacks by the Arakhan Rohingya Salvation Army on police posts on 25 August 2017, the Myanmar military began operations against Rohingya communities in Rakhine State. In the last fortnight, the situation has escalated into a full-blown humanitarian disaster. Government restrictions on access to the region for journalists and civil society organisations mean that the exact nature and extent of the violence is unclear. Nevertheless, there is now overwhelming evidence of a humanitarian crisis in the country. Rohingya individuals interviewed by other human rights organisations have spoken of killings of civilians and arson by the military, while the UNHCR has reported that 270,000 Rohingya have now fled Myanmar into Bangladesh. The Equal Rights Trust’s long-term collaborator, Saiful Huq Omi, has documented the desperate plight of those who have managed to escape to Bangladesh.

Even before the most recent wave of violence began to attract the world’s attention, the Rohingya were the subject of one of the most serious and sustained campaigns of ethno-religious discrimination in the world today. Since 1982, when Myanmar introduced a Citizenship Law which effectively deprived them of their citizenship, the Rohingya have been subjected to discriminatory laws and practices ranging from restrictions on travel, interference with marital and reproductive rights and arbitrary taxation to forced labour and discrimination in access to healthcare and education. There have been multiple waves of violence by both private and state actors, most recently in 2012 and 2016. The current tragedy has deep historical roots, yet an adequate response is still lacking.

Since 2010, the Equal Rights Trust has worked to highlight the discrimination faced by the Rohingya in Myanmar and the countries to which they have fled, and to support civil society efforts to reform laws and policies to end such abuses. And we have repeatedly warned of the humanitarian disaster in the making. The sheer number of those now fleeing Myanmar indicates that the situation is more severe than anything we have seen in the last decade.

The Equal Rights Trust stands in solidarity with the Rohingya, and with those working to address their humanitarian needs and to document the crisis in Myanmar and Bangladesh. We join calls to the Myanmar military to immediately end its operations in Rakhine state and stand united with the international community in urging Aung San Suu Kyi and the Government to use their influence to bring an immediate end to the violence and allow humanitarian access to the region.

For further information on the current situation, please visit:

​To find out more about the pattern of discrimination and persecution against the Rohingya, please read: