Join the Equal Rights Trust for a panel event to launch the Trust's latest report at Kings College London on Wednesday 5 October. 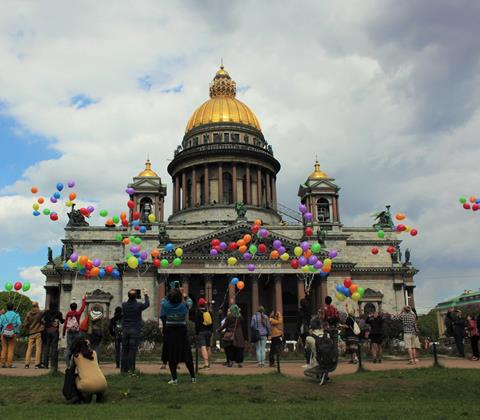 The report, written in partnership with the Russian LGBT Network, identifies cases of discrimination touching many aspects of the lives of lesbian, gay, bisexual and transgender (LGBT) individuals and activists in Russia. An analysis of more than two decades of jurisprudence, the report explores how courts have responded to a wide range of issues, including hate crime, freedom of expression (including the notorious “anti-propaganda” laws), family rights and discrimination at work. Its conclusions are stark.

The report argues that while there is some positive judicial practice to be welcomed, on the whole courts have repeatedly sanctioned discriminatory laws and actions and, in many instances, judicial reasoning is based on homophobic stereotypes. It concludes that there is an urgent need for action to protect LGBT individuals from discrimination in Russia and a need for the international community to hold the state to account.

The Equal Rights Trust will be joined at the launch by a distinguished panel of speakers. Key findings from the report will be presented. The expert panel will discuss the role of the Russian judiciary in upholding fundamental rights and reflect on recent developments and debates in the recognition of LGBT rights internationally.

We hope you will be able to stay for drinks and canapes served after the launch where there will be the opportunity to meet with the report’s authors, speakers and fellow academics, lawyers, activists and others.

Tickets for the event are £7 (£4 for students) and we encourage you to book your place early to avoid disappointment.

We are extremely grateful to our event sponsor, Rights in Russia.