In the latest volume of our Equal Rights Review – an interdisciplinary journal offering analysis, insight and ideas to promote equality – the Equal Rights Trust spoke with two experts to discuss intersectionality and its contribution to advancing equality. Below is an extract from this interview. See the full transcript here.

Professor Kimberlé Crenshaw is a leading authority in the area of civil rights, black feminist legal theory, and race, racism and the law. She is widely known for her central role in the development of the idea of intersectionality.

Patricia Schulz is a member of the Committee on the Elimination of All Forms of Discrimination against Women and since her appointment to the Committee has been designated country rapporteur on several occasions. In her early career she worked as a barrister in Geneva.

How did you come to work on equality and intersectionality specifically? 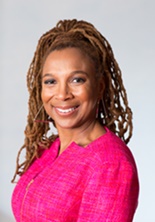 Kimberlé Crenshaw: I grew up in the midwestern town of Canton, Ohio during a time when Black people were still being killed for trying to vote and broad swathes of the US remained under the grip of formal white supremacy. My parents were both what we used to call “race people,” meaning that they resisted the subordinate status of Black people and raised my brother and me to recognise and speak out against racial injustice. Being born and socialised into activism at a young age set the path for me to continue to challenge forms of discrimination that intersect with white supremacy.

As I progressed from high school to college and then on to law school, I became active in contemporary issues around inequality. I received a solid foundation about the political and economic dimensions of racial power, but fairly little about the gendered dimensions of racism. Gender tended to be marked as pertaining to women only, and there wasn’t a settled practice of integrating an explicit gender prism into race analysis, or vice versa. It was in trying to visualise what was missing in conventional ways of thinking about racism and sexism that I began to use the metaphor of the intersection.

Patricia Schulz: The Second World War played an influential role in my upbringing. My mother was an American who lived in France and she came to Switzerland to marry my father during the war, so the war was very much part of their lives and fed into our discussions around the table. Later, while discussing the war at school, I was completely puzzled by what had happened. How could the Germans, who were so advanced culturally and technologically, be taken with the idea that they were allowed to exterminate other people? Jews, Roma, trade unionists, communists, homosexuals, socialists – those that were defined as “others”. This led me to think about the “us versus them” mentality, and it is a notion that has never left me. I could also see that some of the people killed were both foreigners and socialists, and that maybe they had been killed because of both of these identities. That was the first time I thought about the concept of discrimination, and I realised that it can go to such extremes as wanting to destroy people.

How would you define intersectionality?

Kimberlé Crenshaw: I think of intersectionality as a term that captures the fact that systems of oppression are not singular; they overlap and intersect in the same way that power does. Many of us now would say “yes, of course” to that observation, but as far as prevailing practices in law and many other disciplines were concerned, racism was analysed as separate and distinct from patriarchy, which in turn was framed as separate from class oppression. The understanding of any of these systems is rendered incomplete if little attention is paid to the ways in which sub-groups within larger groups experience subordinating structures.

Can you provide an example?

Patricia Schulz: If you consider a woman, her sex is the first ground on which she may be discriminated against, but this woman also belongs to an ethnic minority, she lives in a rural region, and she is illiterate. She is expelled from the land she used to live on because her husband died and his family took the land. When you consider all these elements and their interplay, you can see the dynamics that led to her being deprived of her rights and see she has been subjected to intersectional discrimination.

Kimberlé Crenshaw: The best example of intersectionality for me is DeGraffenreid v General Motors, a case of Black women in an industry that was racially segregated and gendered. This was one of the early cases that I encountered that prompted my effort to construct a framework to capture these overlapping dynamics. In this industry, jobs that were appropriate for women weren’t appropriate for Black women and jobs that were appropriate for Black men weren’t appropriate for Black women. This was because the gender logic of the workforce put women in front office jobs and the racial logic put Black people at the bottom of the labour hierarchy, definitely not in the front office. So these were gendered and raced structures that marginalised all women and marginalised all Blacks, but the consequence of the two together meant that Black women had virtually no space in the industry.

Do you think the law is able to address the problem of intersectional discrimination?

Kimberlé Crenshaw: Certainly there have been challenges in mobilising the law to address intersectional forms of discrimination but I would also resist analysis that over-determines what the law can and cannot do. What the law has done does not exhaust its possibilities. One could have said a hundred years ago in the US that law could not fundamentally transform a white supremacist society because group identity did not fit within prevailing models of discrimination, at least not until that point in history. Of course it is clearly true that complexity is challenging for law, however, I would point out that the more significant problem is not complexity per se but how it interacts with power. White men start with a presumption of power within whatever regime, and Black women start without that. So, I think the question about what the law can do is an important one but I think it’s more important to talk about how the law insulates power and privilege rather than how it dissembles when dealing with complexity.

How important is the recognition of intersectionality to ensuring equality?

Patricia Schulz: The awareness of intersectionality is a step in the right direction towards substantive equality. It takes us beyond just formal equality, having the same laws for women and men, to laws that will help overcome material, substantive inequality because they are better able to include reality. To take this step as a whole legal and political system, you need to raise awareness, to train multiple actors in the political and justice systems, to train law enforcement personnel and many other stakeholders such as educators, health personnel, social services and employers. It’s definitely not something that happens overnight, but it’s an in depth process of realisation and respect for what makes us diverse as human beings.

Kimberlé Crenshaw: Viewing social problems from an intersectional lens can be a critical point of departure in developing more robust advocacy against social injustice. For example, we have been working on the sexual abuse of women of colour by police officers which presents a classic case of intersectional vulnerability. When we consider which women were more likely to be subject to state sanctioned violence, it is clear that each element of social marginality contributes to their vulnerability. Women who are racially stereotyped, socially marginal, and economically powerless, women who have been involved in the criminal justice system, women who may be homeless, women connected with the commercial sex industry, women who are facing disabilities or those who may be chemically dependent – all face heightened risks of abuse when they interact with abusive officers emboldened by the power of the badge (…) Intersectionality is a frame that prompts us to ask what falls between movements and what happens when these different systems of power and oppression overlap.