Guest Post: "Let us look into the UK’s Equality and Discrimination laws in the Age of Black Lives Matter" by Ife Thompson

As an organisation whose mission is to eliminate all forms of discrimination and to promote a world in which everyone can participate on an equal basis, we stand in solidarity with the Black Lives Matter protests and the wider movement. At this time, we want to use our platform to amplify the voices of those working to fight racial injustice.

In light of the death of George Floyd and countless other Black people that have died at the hands of state violence, there have been fresh calls to look at racism not only in policing, but also in society. We have seen a wave of Black Lives Matter protests in resistance against the current plight of peoples of African Descent globally.

In the UK we do not have to look far to find these injustices, Windrush, Grenfell, Gangs Matrix and Lammy review. The UN’s Working group (in 2012), as part of the UN’s Decade of peoples of African descent, examined the protection of the human rights of people of African Descent and found that: “despite UK’s impressive Equality legislation and the Equality Act 2010, people of African descent consulted believe that the Government has not adequately implemented the impressive legislative and policy framework that exists, and has failed in several aspects to respond adequately to their problems or to devise meaningful and enforceable solutions, leaving them and their communities in a neglected situation.”[1]  The report reaffirmed the racism and discrimination faced by Black people in the UK.

“Achieving a truly inclusive society requires constant vigilance. The particular history and context of people of African descent should be taken into account and reflected in a comprehensive action agenda of legislation and policies, including special measures to overcome persistent and structural disparities affecting people of African descent. Action should also include preventive and awareness-raising measures and monitoring of compliance mechanisms. Tackling racism and discrimination requires a holistic approach, touching all levels of society. The correction of the situation requires special measures, and, especially, affirmative action measures to promote effective equality of people of African descent. The aim of guaranteeing real equality of Afro-descendants is in itself a legitimate and necessary objective.”[2]

With fresh calls to end racism and discriminatory practices, I will look at the areas I have currently been able to assist with through my Not-For Profit BLAM UK as all of our work forms part of the UN’s Decade of African Descent. The UK has failed to ratify the decade, if it had not done so, maybe we could have actively been well on the way to making Black Lives truly Matter. The Government has recently announced a new ‘Commission into Racial Inequalities’ which was met with much hostility due to the Government's track record in ignoring the recommendations of these repeated reports on racial discrimination in the UK. I am not in favour of the Government looking for new solutions to racism when there are so many reports and UN documents that if implemented effectively, we would not need to create a new commission on racial inequalities.  As David Lammy rightly put it: “We do not need a repeat of Theresa May’s 2017 race audit. It is time for action on the countless reviews, reports and commissions on race that have already been completed.”[3]

The work I do through BLAM UK has given me an active platform to address racial injustice within my local community. Our mission at BLAM UK is to improve the wellbeing of peoples of African descent, which has been affected globally due to racism and racial trauma. We do this by dismantling the historical misrepresentation of black people, through our community outreach projects. These outreach projects provide critical engagement for the African and Afro-Caribbean diaspora. We believe that it is vital to provide meaningful insight into this vast arena of African and Afro-Caribbean culture and history. By doing this we hope to envision a society in which Black people’s achievements and contributions are championed, embraced, and centered. To have a society in which Black people can live free from discrimination and injustice.

The current frameworks in the UK are allowing for inequalities to be rampant in the school system. There is a system of tone-deaf, universal policies being used within schools in the UK that have an alarming disproportionate effect against Black students, this includes, but is not limited to: hair policies, school exclusions, and grade predictions.

There is a rife culture of hair policing of Black pupils in schools in the UK. Afro-hair is a part of African/Afro-Caribbean culture and identity and punishing Black students for essentially being Black, just shows how – even within the schools system in the UK and even with the current framework of equality laws – Black children are being discriminated against for factors beyond their control. The UK needs to look at how other places within the West that have a sizable population of people of African Descent are dealing with this historic discriminatory issue; in the US, New York has recently banned hair discrimination.

Black Students are routinely underpredicted when it comes to GCSE and A-level grades, this has an effect on the university and colleges students can apply too, thus limiting their ability to apply for universities that reflect their academic capabilities. This is something that has been going on for years, but it was brought to the forefront of the nation due to Covid-19; as grades are currently being given through teacher assessment. There needs to be new safeguards in place that combat biases from teachers that are having a discriminatory effect on Black Pupils in the UK. BLAM UK is looking to support Black Parents who wish to challenge any Covid-19 given grades, to help address the current discriminatory framework that has been in operation when grades are being predicted, but we need long-term structural change.

Black children in the UK are also disproportionately excluded from schools at a higher rate than their white counterparts. Black Caribbean pupils are 3 times more likely to be excluded from schools than their white counterparts. The issue has become so extreme that statutory  ‘School Exclusion Guidance’ that all schools must adhere to, has stated that schools should engage with services that work specifically with Black Caribbean services as a way of early intervention; to possibly assist with the disproportionate exclusions. These measures are superficial and have had no real effects on lessening the number of Black students being disproportionately excluded from schools. The UK Government should look at the Scottish Model in which they have radically reduced the use of School Exclusions. Young people in Scotland can only be excluded from school in the most extreme circumstances, last year they only permanently excluded 3 pupils.

A look into the UK’s Policing and Racism

When we look at racism in policing in the UK we do not have to look far: the statistics showcase the gravity of the issue when it comes to being a Black person and interacting with the police service in the UK. In the year ending March 2019, Black children were over four times more likely to be arrested than White children.[4]

Black people are eight times more likely to be tasered.

Even during the lockdown Black people have been disproportionality over-policed and fined. In my local community of Brixton seeing the police in my estate was almost a daily occurrence, something that never happened prior to the lockdown.

The Gang Matrix is another tool that allows racially discriminatory policing to thrive in the UK.

Gangs Matrix: “the UN Working Group was told by civil society and NGOs that ethnic-specific data are at times used for negative policing/monitoring purposes rather than for positive action.”[7] The Gangs Matrix is direct evidence of this and this is why I call for a total scrapping of the list. The Gang Matrix list must be removed as it violates human rights of people of African Descent. It is a racist database that has awful effects on young Black people. Amnesty International stated in a damning report in 2018 that the Gang Matrix is a “racially discriminatory database”[8] and as of 31st March 2020 “2,000 Black people remain on this list”[9]. Two years after the report by Amnesty international, the disproportionately remains:

“A report released by StopWatch in March 2018 reveals that, as a result, individuals on the Gangs Matrix are subject to chronic over-policing, so that police officers continually patrol the same postcodes and routinely stop and search the same individuals. Consequently, individuals on the Gangs Matrix are more likely to get picked up and charged for minor offences, dragging them deeper into the criminal justice system.’”

This database is allowing Black people to be further funneled into the criminal justice system and is allowing discriminatory practices to thrive.

Knowing the UK’s police track record of excessive and discriminatory over-policing of the Black community in the UK, I saw that it was not only vital, but necessary that there were legal observers on the ground at the London #blmProtesters that took place in early June.

When we look at the UK, we need to imagine a society free from racial discriminatory policing. In the UK, there have been calls to defund the police. Defunding the police would mean that there are less police, if there are less police around, it would mean fewer chances for police forces to cause harm to Black people. It would also mean reinvestment of funding into the community into spaces like schools, and it can assist ensuring funds are invested into community-led solutions. We cannot however only ask for reform, we have been asking for reforms and we are still here. We need to look for new and radical ways of ‘protecting society’ outside the discriminatory framework of over-criminalising Black people.

Legislative changes would further help enforce equal rights for peoples of African descent in the UK. The UN working group found: “the Committee on the Elimination of Racial Discrimination expressed continuing concern that domestic courts may not give full legal effect to the provisions of the Convention unless it is expressly incorporated into its domestic law or the State party adopts necessary provisions in its legislation.”[10]

We need an active framework of access to justice and a culture of using the Equality Act/ Human Rights Act to make creative legal arguments that can end the way discrimination/ disproportionality is normalised within British society. I would like to see a class action claim against the current school exclusion framework we have, as it has a racialised discriminatory effect to it. We can no longer wait for injustices to undo themselves or get “better” over time. We need to seek urgent legal redress through strategic litigation or seek total reform of the current policies at hand. 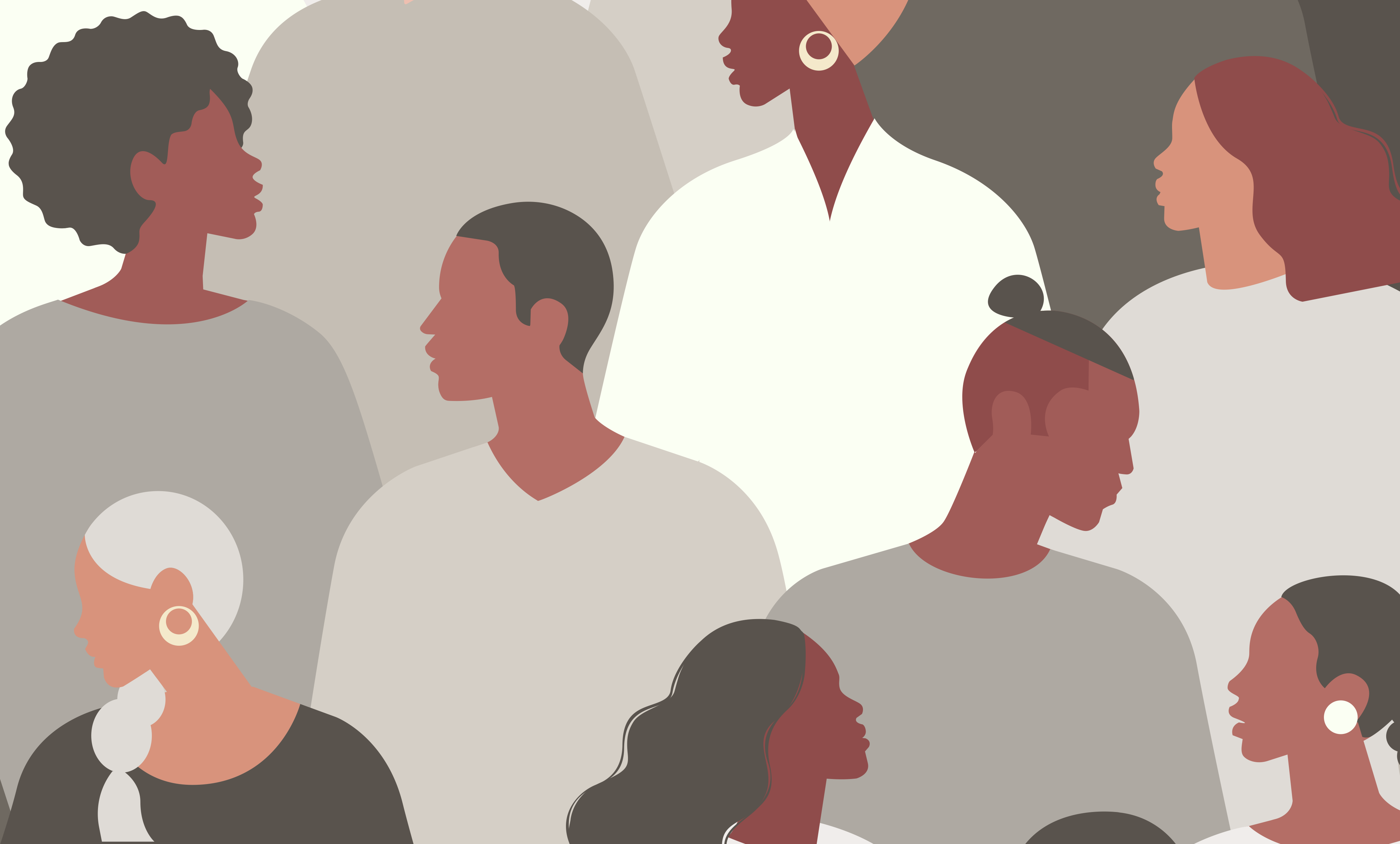 [1] United Nations Decade for peoples of African Descent, ‘Report of the Working Group of Experts on People of African Descent - visit to the United Kingdom’, p. 16-17, available at: https://documents-dds-ny.un.org/doc/UNDOC/GEN/G13/161/09/PDF/G1316109.pdf?OpenElement.

[2] United Nations Decade for peoples of African Descent, ‘Report of the Working Group of Experts on People of African Descent - visit to the United Kingdom’, available at: https://documents-dds-ny.un.org/doc/UNDOC/GEN/G13/161/09/PDF/G1316109.pdf?OpenElement.

[6] United Nations Decade for peoples of African Descent, ‘Report of the Working Group of Experts on People of African Descent - visit to the United Kingdom’, p. 13, available at: https://documents-dds-ny.un.org/doc/UNDOC/GEN/G13/161/09/PDF/G1316109.pdf?OpenElement.

[7] United Nations Decade for peoples of African Descent, ‘Report of the Working Group of Experts on People of African Descent - visit to the United Kingdom’, p. 7, available at: https://documents-dds-ny.un.org/doc/UNDOC/GEN/G13/161/09/PDF/G1316109.pdf?OpenElement.

[10] United Nations Decade for peoples of African Descent, ‘Report of the Working Group of Experts on People of African Descent - visit to the United Kingdom’, p. 5, available at: https://documents-dds-ny.un.org/doc/UNDOC/GEN/G13/161/09/PDF/G1316109.pdf?OpenElement.