Since 2010, the Equal Rights Trust has supported Journalists for Human Rights (JHR) Network, the only platform of its kind which provides an essential means for journalists to report safely and effectively on hate speech, discrimination and violations of freedom of expression in Sudan and South Sudan. During this time, the Trust has helped the network to develop from an informal group of a few like-minded journalists in Sudan to a network of more than 300 members, friends and associates working in both countries. Following this close collaboration, the JHR is now in the process of establishing itself as an independent NGO. 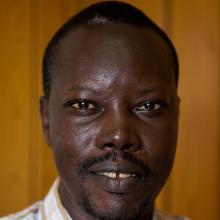 "Organisations such as the JHR Network are vital for ensuring countries such as Sudan and South Sudan are held accountable for their human rights violations. We are extremely proud to have worked closely with the Network over the last five years and to see it establish itself as an independent organisation,” said Executive Director of the Equal Rights Trust, Dimitrina Petrova.

Strict government controls on the media in both Sudan and South Sudan, together with increasing threats to journalists’ freedom and basic rights greatly inhibit the dissemination of news on human rights violations.

The JHR Network allows journalists to gather and publish information on human rights abuses anonymously, helping to ensure their safety, and through the Trust, more than 200 journalists have been trained on safe and responsible reporting on discrimination, hate speech and other human rights. As a result, the JHR Network has been able to publish and disseminate credible information on human rights abuses inside the two countries.

“I can see that the journalists involved in this project have greatly improved their work. Through this and other projects I think we can make a freedom of expression movement in Sudan,” said JHR Network founder and journalist, Liemia Abubakr.

When South Sudan became independent, the Trust and the JHR Network expanded their activities to include South Sudanese journalists. In an effort to address the hate speech which has fuelled conflict both between and within the two countries, journalists from the two states were regularly brought together to share experiences and map out best ways forward.

In October 2014, the JHR Network launched the Nairobi Declaration on Combating Hate Speech and the Role of the Media in Conflict Resolution and Promoting Respect for Human Rights in the Republics of Sudan and South Sudan, which has now been endorsed by more than 300 media activists from both Sudan and South Sudan.

Journalist for a UN sponsored radio station in South Sudan, Gabriel Shadar said, “The trainings have added value towards my work as a journalist in new country trying to find our way through complicated situations, and in particular, for reaching communities where the level of awareness on discrimination is low.”