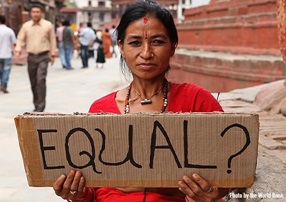 Nationality laws in 27 countries prevent mothers from passing their nationality to their children on an equal basis with fathers. This discrimination results in a range of other significant human rights violations and suffering for individuals and families, contributing to myriad problems, including: statelessness; lack of access to public education, health care and other social services; child marriage; gender-based violence; unemployment and poverty.

On Tuesday 22 September the Office of the High Commission for Human Rights (OHCHR), the UN Human Commissioner for Refugees (UNHCR), the Equal Rights Trust, and the Global Campaign for Equal Nationality Rights are co-organising the side event, Achieving Equal Nationality Rights at the 30th session of the UN Human Rights Council in Geneva, Switzerland.