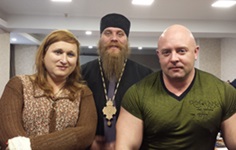 Since the adoption of the Law on the Principles of Prevention and Combating Discrimination in 2012, Ukraine has undergone rapid legal reform on equality. The Equal Rights Trust played a central role in supporting civil society to engage in the reform of the 2012 Law, helping to ensure that amendments to the Law in 2014 reflected international standards as closely as possible. With our support, civil society campaigned for further legal reforms, and in 2015, the government legislated to prohibit discrimination on the basis of sexual orientation for the first time.

Our work to date has included:

See all resources on Ukraine in our Virtual Library