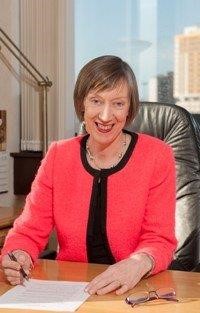 Evelyn is a law graduate of Sheffield University, and has achieved a Masters’ degrees from the University of Toronto (Criminology) and Queen’s University Belfast (Human Rights and Discrimination Law).

Evelyn has worked on equality issues since the 1980s, mostly in Northern Ireland but also as a national expert working on gender equality in the European Commission in Brussels.

Evelyn was Chair of the Board of Equinet, the European Network of Equality Bodies from October 2013 to October 2017.  She is a member of the European Commission’s Advisory Committee on Equal Opportunities between Women and Men. Evelyn was appointed as a Trustee of the Equal Rights Trust in September 2017. Evelyn also serves on the Board of the Chief Executives’ Forum in Northern Ireland and is a Fellow of the Royal Society of Arts Evelyn was awarded the CBE in 2008, for services to the public in Northern Ireland. In July 2014, the University of Ulster awarded Evelyn the honorary degree of Doctor of Law (LLD) for her contribution to the promotion of equality and good relations.

Esquire Danby Bloch is editorial director and co-founder of Taxbriefs Financial Publishing which produces many of the UK’s Chartered Insurance Institute’s examination learning texts, and publishes web-based learning materials for financial advisers, materials currently accessed by around 10,000 users. Danby is chairman of London IFAs Helm Godfrey and has been in the financial services industry for over 30 years. In 2010 he became a director of wrap operators Nucleus Financial Group.

Danby has written four books on financial planning and innumerable articles for the UK national and trade press, including the text book for the CII’s JO8 examination on Financial Planning Practice. He has also been a member of the Financial Services Skills Council group working on drafting the new Diploma level qualifications standards for financial advisers. He is also a regular lecturer and trainer on tax and financial subjects. He is a Patron of the Friends of the Pitt Rivers Museum Oxford. He is Pro-Chancellor of Oxford Brookes University, which awarded him an honorary doctorate in 2004. He recently became Chair of the board of the Oxford Playhouse.

Virginia is the author of Debating Social Rights (with Conor Gearty, Hart, 2011), as well as articles, book chapters and essays in human rights, labour law and European law. She works on theoretical and legal aspects of social and labour rights, the right to work, privacy, the rights of undocumented migrants, domestic labour, modern slavery and the interplay between human rights and labour law. Virginia is also joint editor of Current Legal Problems.

Virginia has successfully represented applicants before the European Court of Human Rights (case I.B. v Greece, on HIV/AIDS discrimination in the workplace), and has worked as a consultant for projects of the International Labour Organisation and the Equal Rights Trust. She is also on the management board of Kalayaan (working on the rights of migrant domestic workers) and is a collaborator of FLOOR (the Financial Assistance, Land Policy and Global Social Rights project) at Bielefeld University in Germany. 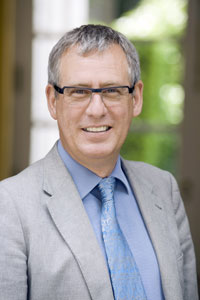 Luc Tayart de Borms is Managing Director of the King Baudouin Foundation, an organisation which engages in activities at the Belgian, European and international level. In Belgium the Foundation supports local, regional and federal projects.

Outside Belgium, it supports projects in the Balkans to promote European integration, improve the quality of higher education and help victims of human trafficking with reintegration. In Africa, it provides financial support to projects to combat HIV/AIDS and promote local development.

Tayart de Borms has a Master’s Degree in Moral Sciences from the University of Ghent, Belgium.  He has written a number of key publications on non-profit giving, including Global Philanthropy, Philanthropy in Europe, and Foundations – Creating Impact in a Globalised World. 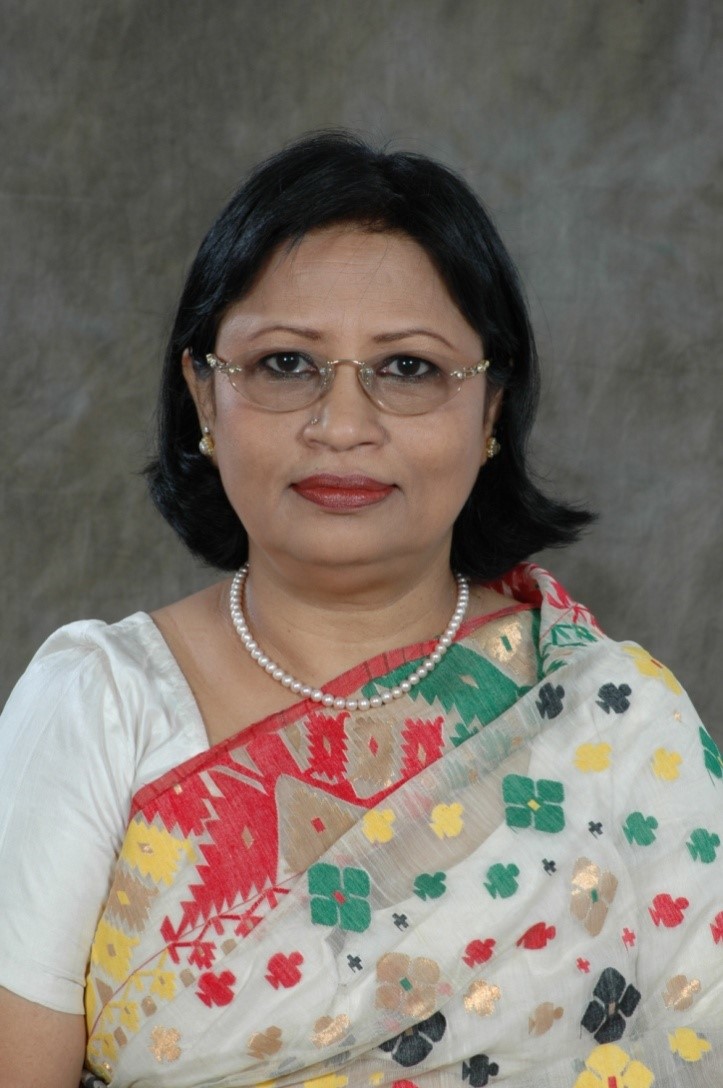 Ferdous Ara Begum is the member of the Board of Trustees of HelpAge International and a former member of the UN Convention on the Elimination of All Forms of Discrimination Against Women (2007-2010). She is a gender and ageing issues specialist.

As a CEDAW Member she has had the opportunity to examine the reports on women’s advancement in 115 countries. She worked to realize equality between men and women through ensuring women’s access to equal opportunity in every aspect of their life including public and political life. She took the lead role to formulate the General Recommendation on protection of human rights of older women, which is called G.R.27.

As the member of the Board of Trustees of HelpAge, she has influenced the policy guide line of the organization for the benefit of the older people, so that they have a dignified life with adequate social protection, access to health services, protection from violence and has ensured that they have a voice.

As a former civil servant, she was the first woman to lead Bangladesh Television as Director General, and the first female Commissioner of Taxes in Bangladesh. She has served as a board member of the Nobel Peace Prize-winning Grameen Bank for six years.

In her 32 years of continuous public service, she has been active in educating and creating public awareness on the importance of women’s rights and actively influenced women’s financial independence.

At present she is involved with the International Institute on Ageing (UN-Malta) and is also the country representative of INPEA. She has a Masters in Public Administration from Harvard University and is CEO of the Active Ageing and Research Centre in Dhaka, Bangladesh. 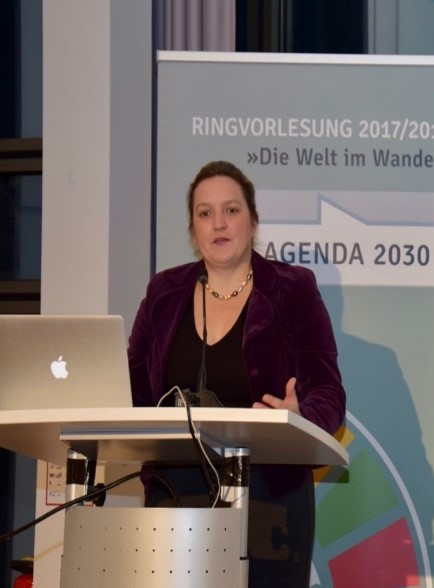 Quinn McKew is the Executive Director of ARTICLE 19, an international freedom of expression and information NGO. She leads ARTICLE 19’s programs on ICTs, protection of human rights defenders and transparency. Prior to joining ARTICLE 19, she worked for the largest non-profit management consultancy in Europe, and was campaign manager for leading environmental organizations in the United States.

Quinn has a Masters of Business Administration from Georgetown University focusing on global non-profit management and a BA in International Relations and the Environment from Stanford University. 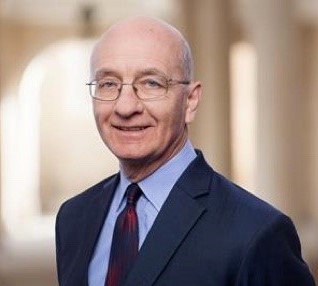 For over 40 years Robin Allen KC has worked as a barrister specialising in equality and discrimination and human rights law, working both in the UK and internationally. He has been involved in many leading cases in the CJEU and the ECHR.

In 1993 he was made an expert adviser to the European Commission on the law affecting the most disadvantaged. In 1998 – 1999 he worked with the European Commission on the proposals for what became the Race Directive and Framework Equality Directive, and throughout the 2000s he lectured judges and jurists from across all Member States on the new European equality laws. From 2002 – 2007 he was special legal adviser to the Disability Rights Commission. He was elected to the Bar Council of England and Wales in 2013 and chaired its Equality and Diversity and Social Mobility Committee for six years. In 2018, he set up the AI Law Consultancy to disseminate the developing laws and standards concerning the impact of AI on equality and non-discrimination. Its work has been referenced by the European Commission, Equinet, the Council of Europe and the UN Special Rapporteur on the rights of persons with disabilities, as well as the UK Government. He has written widely on issues relating to equality and discrimination and in 2018 he gave the Hamlyn Lectures under the overall title “Why does Equality seem so difficult?” 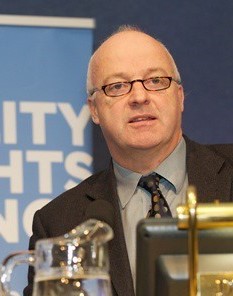 Niall Crowley is currently working as an independent equality and human rights expert at European level and at Member State level, including in Ireland. As co-founder of the Values Lab, he has innovated in supporting values-led organisation building and values-based approaches to the new public sector equality and human rights statutory duty. He was formerly Chief Executive Officer of the Equality Authority. He led the development of this institution for ten years from its establishment in 1999. Prior to that he worked for over a decade in the civil society sector. He played a leading role in the entry of this sector into the then social partner arrangements.

His career began with a BAI and BA focused in Civil Engineering from Trinity College, Dublin and work in this field in Ireland, Zambia, and Mozambique.